Skip to content
Today is release day for two amazing Entangled Embrace titles and we are excited to share them all with you. There’s a little something for everyone this month so read on to find out more about them.

All the digital books are on sale for just $.99 for a limited time so be sure to pick up your copy today before they go back to full price!

About the Book
Title: How We Lived
Author: Erin Butler
Publisher: Entangled Embrace
Pub. Date: April 28, 2014
Find it: Goodreads, Amazon, B&N
Nineteen-year-old Kelsey Larkin’s parents uninvited her to her brother’s funeral. She just wanted to wear jeans and a T-shirt—the clothes Kyle would’ve wanted her in—not wrap herself up in death. So she watched the funeral from afar, like an outsider. Which is just how she feels. Chase came, though, just like she knew he would. Until a few months ago, the three of them had been best friends, and then Chase made a mistake that shattered both families. But when Kelsey looks at him, she doesn’t see her brother’s killer. She sees the boy next door who’s always taken care of her. She sees home. 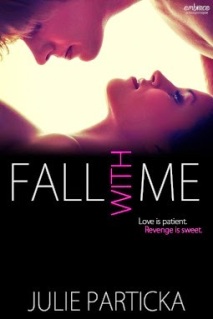 In the game of love…

Dumped by her college boyfriend for her best friend, the last thing Jenna Brandt needs to deal with is working beside her backstabbing-BFF’s hotter-than-hot brother. But when he offers her a chance to get some revenge on her ex, she can hardly say no–even if spending more time with Sutton puts her heart in jeopardy all over again.

Someone’s going to get hurt…

Sutton Bell has had a thing for Jenna since they were in high school, but after one screwed-up night, she didn’t want anything to do with him. Now, with just the summer before he leaves to begin his new career, Sutton’s determined to convince Jenna he’s not the player he used to be. But saving his sister from making an awful mistake may mean losing Jenna for good.