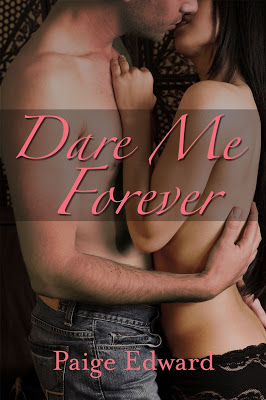 Synopsis: It’s the beginning of her new life . . .

Twenty-three year old Amy Miller has been responsible for her little brother ever since their dad dropped dead and their mom took off seven years ago. Now that her brother is eighteen, Amy’s ready to fulfill her dream of opening her own Stationary Store. She’s ready to start a new life.

Then an old friend comes back to town–Amy’s high school boyfriend, Brad Smith, to be exact. The same guy who dropped her a week before prom, leaving her a sobbing mess in a sequined Jovani dress. The same gorgeous man who now wants Amy back and won’t take no for an answer.

And the future has a way of getting complicated . . .

But when Amy meets Cliff Anderson, an irresistible Brit and powerful businessman tied to Brad’s company, their instant attraction and chemistry awakens a passion in her she never knew existed. Brad won’t let go of her so easily, though, intent on seducing her yet again. Suddenly Amy is torn between her incredible first love and the most distracting man she has ever known.

*Ages 17 plus, due to sexual situations and mature content*

Paige Edward is a romance reader and writer with her first book DARE ME FOREVER (April, 2013). She loves sweet, steamy, happy endings! And complicated men. Paige lives in Southern California with my husband and children.
Find Her: Website / Twitter / Facebook

– 3 copies of Dare Me Forever
– US/CAN
a Rafflecopter giveaway