It gives me great pleasure to introduce to you a show unlike any you’ve seen before.

Within the walls of THE IMMORTAL CIRCUS, you’ll be amazed by acts of tragic romance, seductive magic, and maybe even a little murder.

After all, loves, nothing is what it seems under this big top. Not even your innocent little heroine, Vivienne.

Released every two weeks through the Kindle Serials program, we’ll be sure to keep you on the edge of your seat, right up to the breathtaking conclusion that will have you begging for more. But don’t worry, loves—you’ll delight in the anticipation.

I personally guarantee it.

Follow our spectacle across four blogs representing the two Faerie Courts. There will be exclusive interviews and artwork, backstage reviews and more from the author, A.R. Kahler—and trust me when I say, he knows the circus well. Pick a side, promote the show, and compete for your chance to win a spectacular prize of circus goods.

And my eternal love, of course.

Trust me when I say, when the final curtain falls, no one and no thing will ever be the same. But let’s not get ahead of ourselves. The show’s just beginning.

Are you ready to run away forever?

Ringleader, Fashionista, and Queen of the Winter Court 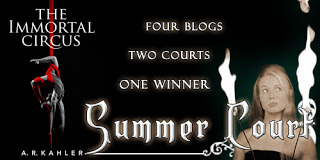 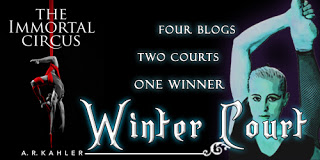 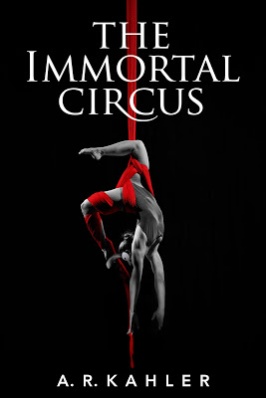 About THE IMMORTAL CIRCUS

Murdered contortionists aren’t exactly what Vivienne signed up for when she ran away to join the circus. But like most things under the big top, nothing is what it seems. With a past she can’t quite remember, Vivienne finds that running away forever might not be as appealing as it once sounded—especially not when she realizes the devilishly attractive ringleader Mab is the Faerie Queen of legend…and that she and the rest of the troupe are locked in an age-old rivalry between the otherworldly Courts.

Aided by her friends Kingston—a feisty stage magician whose magic is quickly stealing her heart—and his smart-ass assistant Melody, Vivienne finds herself racing against the clock to discover the culprit behind a series of deaths that should be impossible. However, the answer she seeks might reveal more about her own bloody past—and future—than she bargains for.
The show’s just beginning. 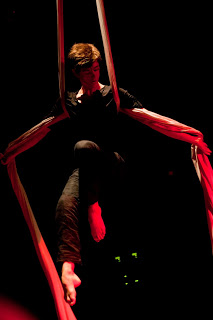 About A.R. Kahler
Most little boys dream of running away to join the circus. Alex didn’t just dream it: he did it. But then, he rarely lets a good dream pass him by.
In the past six years he’s toured and trained across America and Europe. He’s performed in Amsterdam, taught trapeze in Madrid, studied in Glasgow and even had a stint as assistant to Holly Black and Cassandra Clare in New England. He’s constantly on the lookout for new places to explore and new worlds to invent. He’s a Sagittarius fueled by full moons and espresso. The way to his heart is a latte and fan art. Just for the record.
THE IMMORTAL CIRCUS is his first New Adult novel, and is being released exclusively through the Amazon Kindle e-Serials program by 47North. It will be available in print and audio when the episodes are complete.
MARTYR the first book in his post-apocalyptic fantasy, will be published by Spencer Hill Press in October 2014
Find him: TWITTER as @ARKahler, TWITTER as @ImmortalCircus, WEBSITE
__________________________________________________________________ 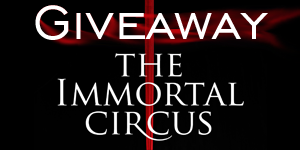