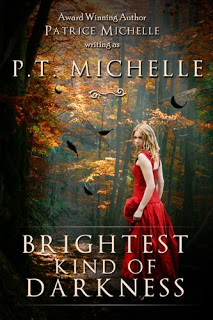 Synopsis: Nara Collins is an average sixteen-year-old, with one exception: every night she dreams the events of the following day. Due to an incident in her past, Nara avoids using her special gift to change fate…until she dreams a future she can’t ignore.
After Nara prevents a bombing at Blue Ridge High, her ability to see the future starts to fade, while people at school are suddenly being injured at an unusually high rate.

Grappling with her diminishing powers and the need to prevent another disaster, Nara meets Ethan Harris, a mysterious loner who seems to understand her better than anyone. Ethan and Nara forge an irresistible connection, but as their relationship heats up, so do her questions about his dark past.

My Review of BKoD
**

Synopsis: Once Nara combines her prophetic ability with Ethan’s power to outsmart Fate at his own deadly cat-and-mouse game, she’s more determined than ever to help Ethan learn the meaning behind the raven sword tattoo that suddenly appeared on his back after their confrontation with Fate.
During her quest to uncover the tattoo’s secrets, Nara enlists the help of some new friends and discovers her own surprising connection to Ethan.

While Nara digs deeper into the mystery, her desire for answers leads her down a dangerous path full of powerful and ruthless enemies. Swept into an age-old battle, Nara quickly learns that keeping one’s enemies close can be a necessary evil, making an intangible enemy she can control far more preferable to the human enemies she can’t.

ABOUT P.T. MICHELLE
P.T. Michelle is author of the young adult series BRIGHTEST KIND OF DARKNESS. When P.T. isn’t writing, she can usually be found reading or taking pictures of landscapes, sunsets and anything beautiful or odd in nature.
LINKS: Website | Blog | Twitter | Facebook | Goodreads | Pinterest | Newsletter
________
– How Dreams Inspire –
Guest Post

HOW DREAMS INSPIRE A few years ago, I had a dream experience that was definitely inspiring! My dreams don’t normally play like a movie, but this one certainly did! I dreamed I was kidnapped by a dark-haired guy carrying a gun. He was brusk and strong and somewhat cold and calculated in his mannerisms. Like a trained assassin. He also happened to be a vampire. He dragged me behind him as we were chased by some unknown men through buildings. Finally we ended up in some kind of warehouse with widows along one side that overlooked the Hudson river. The vampire tried to talk to some guy there…I don’t remember what it was about, but those chasing us were coming up the stairs and we were going to be trapped. In my dream, I wasn’t afraid of the vampire, but I also didn’t trust his motives. I mean, he’d kidnapped me! But then the vampire shot at the window and before I knew what he was doing, he threw me through it. I burst through the glass and fell straight toward the river.

And that’s when I woke up!

Um, yeah…if you were a writer and you dreamed something so out-there and crazy, what would you do with it? Of course, I began to take furious notes, afraid I’d forget what I’d dreamed. And once I’d jotted down that scene, I started to brainstorm an entire story around it. That turned into the first book in my SCIONS paranormal romance trilogy, SCIONS:RESURRECTION. 🙂

Now what does all this have to do with my YA series BRIGHTEST KIND OF DARKNESS. Well, while I was brainstorming for ideas for my YA, I thought about how I’d come up with my Scions book idea; I’d dreamed about a moment in a person’s life, and then I’d made it happen, well, at least for my character in her story. So what about the girl in my YA? What if she had dreams too, but instead she always dreamed her the entire next day? And with that concept in mind, I created characters to play off that idea and way beyond it.

As you see, dreams can be inspiring in many forms! 🙂

SS: I love the fact that dreams inspire you. Because I kind of do the same thing. I imagine something or dream something then bam… I write about it! Plus I love dreams… they really are magical, I think at least. Dang I sound like a sap! But any who, I wouldn’t want your kind of dreams… that one above is scary! haha

And because PT is AWESOME…. 🙂