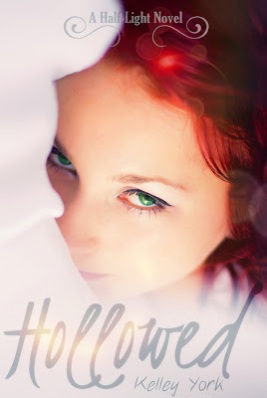 Synopsis: All 18-year-old Briar Greyson wanted was to figure out this whole living-away-from-your-parents thing. Apartment, steady job, cool roommate? Check. Noah, her adorable (albeit elusive) boyfriend? Check. Everything in the life of Briar was pretty good.

Then she and her roommate are attacked on their way home one night. Briar wasn’t supposed to survive.

Instead, according to the two guys who saved her, she’s turning into the things that attacked her: a vampire. Totally crazy and Not Okay. Now Noah’s secrets are coming to light, and he wants Briar dead. Then there are the vampires who attacked Briar to lure out her sister.

Her sister…who died years ago.

The city’s body count is rising, and Briar wants to help put a stop to it. But first, she has to figure out who the real enemy is: the vampires, the boy she loves, or the sister she thought she’d lost.

Thoughts: Kelley is one of those authors where her books are so much deeper than an adventure. They’re intense, passionate, and powerful. Hollowed blew my mind and I was obsessing over it for days.

We start off with Briar who is starting to get her life together… decent job, her own apartment with her best friend as a roommate, and a perfectly hot boyfriend. One night on her way home from work her and her best friend are attacked. When she comes to, she’s surrounded by two guys she doesn’t know and is told she’s now a vampire. Soon Briar finds out there’s a world around her she never knew existed and Noah may be a part of it. But, it’s not only her mysterious boyfriend who has secrets… but her sister, a sister who supposedly died years ago may not be so dead after all. Briar is running out of time to figure it all out though because more and more people are disappearing and she somehow seems connected to it all.

I don’t even know where to begin other than saying how much I adored this book. The actions of the characters aren’t always what you expect or what you necessarily want in Hollowed, but they’re pieced together and placed so perfectly.  Everything is so believable, or heartbreaking, or so desperately real. There’s so many times when I was itching for some particular thing to happen and then Kelley takes it in another direction. And with every single turn, I loved it because it either tore me up inside or made me smile. Feeling strong emotions while reading is what I live for. It’s not only the amazing emotions and storyline Kelley creates but also an amazing set of characters.

Every character in Hollowed I found myself loving one way or another. Briar… first off hottest girl name ever, I am so adding to my list of future child names because I adore it so much. Briar does not have an easy life. She’s on her own at eighteen, believes her sister is dead, and then of all things is turned into a vampire. On top of that after her transformation her boyfriend tries to kill her and then it’s left up to Briar to figure out what the heck is going on in her town. And, she does all of this with a strong heart and never gives up on who she is. I commend her for being a kick-ass and awesome heroine… because she is.

Then there’s the amazing set of guy characters. Oliver, Cole, Fred, Daniel, Fred, Joel, and my favorite Noah. Each one of them has their own set of qualities that you find alluring, or funny, or just making you want to know more about them. Wondering what is going on inside each of their very different brains. Noah though… oh man this sexy fella. He made my emotions spike up and down a lunatic. There were times where I wanted to kick him, strangle him, laugh at him, hug him, or jump him. Noah is definitely a new fictional boy obsession for me. I honestly loved watching him and Briar’s relationship through out the story

Hollowed is a story that is so dark and adventurous that all I wanted to do is go into my reading bubble and stay there until I finished. And then I obsessed over it when I was done. That is the kind of story I love to read. Hollowed couldn’t have been better. I loved every moment of it from the first page to the bittersweet ending.

Ps. The cover is absolutely stunning!

– A Million Stars out of Five –