Happy Release Day Jamie Magee!
For a limited time, you can purchase #IMPULSION for the amazing low price of 99¢!!
ABOUT IMPULSION… 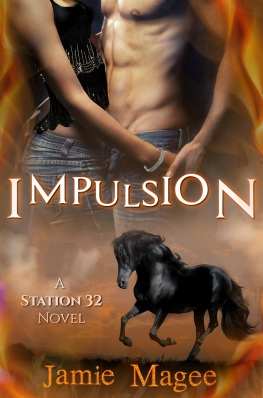 With a glance Wyatt Doran stole Harley Tatum’s heart. With each summer that passed, touch by touch, they robbed each other’s innocence, birthing a love that was so deep that it scorched within. Without warning, they were ripped from the clutches of each other, placed in lives that were worlds apart. Only to cross paths after a freak accident where Harley’s horse rig was flipped. An accident that Wyatt Doran, from fire station 32, responded.

The tension was immediate, the emotions were raw. One breath told them they were not the same as before, one touch…changed their world.

She didn’t even dare to open her door. Instead, she climbed out her window like she had done a million times over.

When Wyatt opened his eyes, he saw a rig backed into his barn, saw Danny Boy’s tack trunk being loaded, could have sworn he heard him being loaded. He took off toward his door as fast as he could. Right as he opened it, Harley fell into his arms and they both gasped on contact. His lips found hers; the kiss they gave each other was desperate, a gallows kiss, one that you poured every emotion into. He broke away, only to hold her as tight as he could as he buried his face in her hair, breathing her in, telling every sense he had to burn her even deeper into his mind.

She was crying too hard to say a word. Clenching him, her nails dug into his back. Wyatt’s eyes were burning, and he squinted them closed, only to beg whoever was listening upstairs to stop this, to give him some kind of power to stop this.

He opened his eyes when he felt a presence spill into the room. Garrison Tatum was standing in the threshold of his doorway. Wyatt couldn’t read the look on his face; it was somewhere between fury and agony.

“I love you, Wyatt. Always, no matter what,” Harley was saying over and over between her desperate crying.

Wyatt leaned back, looked in her eyes, did his best to brush away the tears. “This is too real, too deep, too powerful for them to stop us. I love you.”

CHECK OUT THIS AWESOME VIDEO ON IMPULSION! 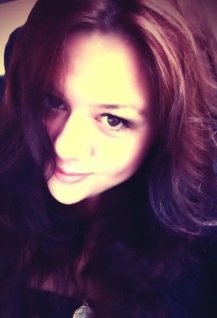 I’m an obsessive daydreamer. Lover of loud alternative music. Addicted to Red Bull. I love to laugh until it hurts. Fall is my favorite season. Black is my favorite ‘shade.’ Strong believer in the saying: there is a reason for everything, therefore I search for ‘marked moments’ every moment of everyday…and I find them. Life is beautiful!

Jamie Magee has always believed that each of us have a defining gift that sets us apart from the rest of the world, she has always envied those who have known from their first breath what their gift was. Not knowing hers, she began a career in the fast paced world of business. Raising a young family, and competing to rise higher in that field would drive some to the point of insanity, but she always found a moment of escape in a passing daydream. Her imagination would take her to places she’d never been, introduce her to people she’s never known. Insight, her debuting novel, is a result of that powerful imagination. Today, she is grateful that not knowing what defined her, led her on a path of discovery that would always be a part of her.