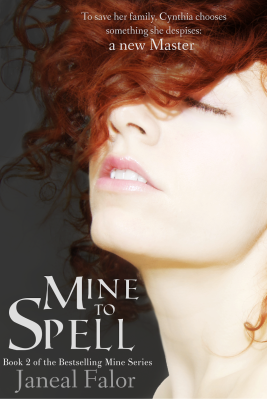 Cynthia has always hidden from her father’s hexes behind her older sister. When her family gains independence unheard of for women, she’s relieved that her days of harsh punishments are over. But as her seventeenth birthday approaches—the typical age to be sold to a new master—death threats endanger her sisters. She now faces two options: run or meet society’s expectations.

For once, Cynthia isn’t going to let her older sister shield her from the problem. She’s going to prove to herself, her sisters, and society that her family isn’t a threat to their traditions. She willingly chooses to be purchased by a new master. A bold step that takes her somewhere she never thought she would go and to a man she might possibly fall in love with. With his help, she may just find a way to save her sisters while discovering how to stand up for herself. If she lives long enough. 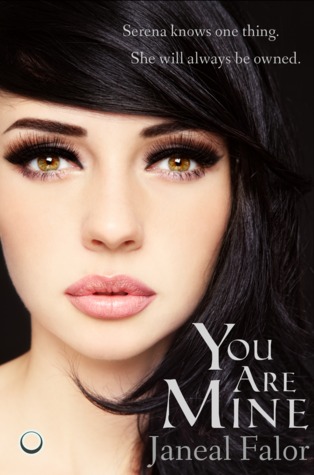 “Have you made any progress?” Serena asks.
After giving my necklace a tug, I randomly pick one of the three choices of a future owner I’ve narrowed it down to. At this point, there’s nothing different about any of them. All are rich warlocks offering much for possession of me but say little else. Any warlock who said anything more always said something distasteful. “Contact this one. And make sure he pays for me before you sign anything.”
“You’re making the decision so soon?”
There’s no holding back my emotions any longer. This isn’t something I want any more than she does, but there’s a part to play. I focus all my negativity into cheer. It comes out in a squeak of giddiness. “Naturally I did, Serena. I can’t wait until I’m with my new owner. Excuse me while I go embroider a handkerchief with his name on it.”
The stunned look on her face makes an apology want to tumble from my lips, but there’s no saying the words. I spring from the room like I’m the happiest woman in Chardonia, not the one returning to a world full of hexes and beatings and warlocks. A world I despise.
___________________________________________ 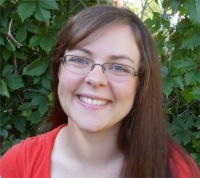 Amazon best selling author Janeal Falor lives in Utah with her husband and three children. In her non-writing time she teaches her kids to make silly faces, cooks whatever strikes her fancy, and attempts to cultivate a garden even when half the things she plants die. When it’s time for a break she can be found taking a scenic drive with her family, fencing, or drinking hot chocolate.