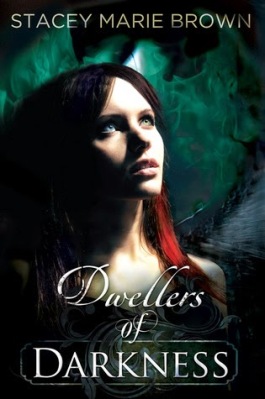 Some days feel like years, but in Ember Brycin’s case just the opposite is true. She had only been in the Otherworld for a day or two when she returned back to the Earth’s realm. But it is three years later on Earth. Em is now 22. It would matter if she was human, but she’s not. She is a Dae, part Demon and part Fay, with a little Dark Dweller thrown in to make her even more of a freak.

Seeing Seattle rebuilt only confirms she has been gone three years. For her it was not long ago that the Seattle area was just rubble of concrete and death. All done by her hand.

One thing that hasn’t changed, though, is her undeniable connection to Eli Dragen, who is sexy, gorgeous, and even more volatile and frustrating. But her problems go way past him. The Seelie Queen of the Otherworld still holds Mark, Em’s father, and her friends, Ryan, and Josh as hostages. Em needs to rescue them without, once again, getting caught and being used as a pawn to help the Queen regain possession of Earth. At the same time Ember is in hot water with Lars, the Unseelie King, after breaking her contract with him.

As some secrets have come to light others seem to become even more enigmatic. The only truth Ember knows is,everyone is harboring secrets. As Eli’s past is revealed, Em understands more clearly why he acts the way he does and how much their lives are intertwined. But she also knows Eli is holding something back, something that could change their relationship forever.

Em herself continues to wrestle with her feelings toward Torin and her own secret she’s withholding from Kennedy. As the tension for war mounts between the Seelie and Unseelie (Light and Dark), the tension at the Dark Dweller’s compound mounts even more as they prepare to obtain the sword no matter what the price. But is Ember the answer to the location of the sword? Is she the one to fulfill the prophecy? As usual nothing is ever what it seems.

Stacey Marie Brown by day is an Interior/Set Designer, by night a writer of Paranormal Fantasy, Adventure, and Literary Fiction. She grew up in Northern California, where she ran around on her family’s farm, raising animals, riding horses, playing flashlight tag, and turning hay bales into cool forts. Even before she could write, she was creating stories and making up intricate fantasies. Writing came as easy as breathing. She later turned that passion into acting, living and traveling abroad, and designing. Though she had never stopped writing, moving back to San Francisco seemed to have brought it back to the forefront and this time it would not be ignored.
When she’s not writing she’s out hiking, spending time with friends, traveling, listening to music, or designing.

Not going to lie, I definitely kept reading chunks and stopping instead of doing one straight sitting just so I could make it last a little longer. I was dreading finishing it because I just love this series to pieces! Dwellers of Darkness picks up right where Fire in the Darkness left us and takes off like a rocket.
Ember continues to make me love her as our protagonist. She is beyond stubborn and bad-ass and can dish it as well as she can take it. Plus I’m so happy to see her take charge of her feelings in this one, though I know… I just know there is a secret we have yet to discover that is going to explode in her face and I’m dying to know what that is. I’m hoping she’ll be able to right everything with her tough interior and exterior though.
Eli Dragen, mother humping dominant sexy green-eyed hot beast, you. This man is all strength and muscles and protectiveness and I can never get enough of him. I absolutely loved to see that toughness crack slightly towards Ember in this installment, yet at the same time the intenseness just continues to build between him and Ember and I couldn’t have loved it more. I know there’s more were missing from him, and I can only hope it doesn’t destroy anything. ELI FOREVVVER!
It’s not just him and Ember I love, though they play the biggest roles.. I love the story. I absolutely adore the world of Fae and Dark Dwellers and all that is light and dark. I love the age range of the story and the romance, and betrayals, and snarky friendships. It’s got a little (or maybe a lot) of everything I adore in a book.
The end of the book… man! I wanted to rip the queen in half, know everybody’s secrets, slap and kiss Eli at the same time, and scream for the next book. I heart this series so freaken hard. I will definitely not be looking forward to the series coming to an end, however I can only hope for an epic and earth shattering happily ever after. Love this series!!
Find the review and rating here 🙂