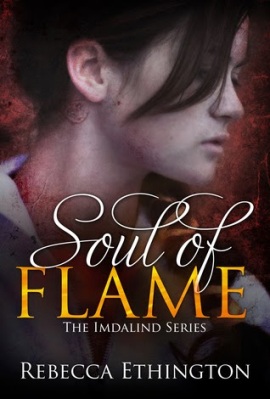 The time for the final battle has come.

Edmund’s armies have surrounded the Rioseco Abbey, trapping the few survivors inside. The sight that Ilyan was given a thousand years ago is about to come to pass.

If only Joclyn was able to fight.

Joclyn is tormented by the hallucinations that Cail’s mind has left her with, her magic an uncontrollable torrent that even Ilyan cannot control. Her moments of lucidity are broken by fears of dripping pipes and bleeding walls, and a desire to kill Ryland that she is having trouble trying to ignore.

The sight has shown her power, shown her success, but it has also shown her death – The end of her life something she is not quite willing to give up on yet.

Even past her death, the sight has shown her love, and that love may be the only key to her sanity, to her strength, and to Edmund’s death.

That love may stand in her way, and a single choice may tip the scales and secure their future, or destroy their fate.

I just absolutely love this series! The magic, the romance, the fighting, it had a little bit of it all. Rebecca definitely doesn’t disappoint with the fourth in the series. Soul of Flame just makes me even more excited to see how everything will end.

Now, for the first two books I was 100% a team Ryland fan, but after the third and now reading the fourth I do believe Ilyan and Joclyn belong together. They are each other’s strength, each other bright spot in a dark room and they definitely show that throughout this book. Plus with Joclyn she learns to become so much more independent and strong in Soul of Flame and I loved that.

Everything about Ryland just breaks my heart. The fact that he’s so broken. How he suffers so much and yet still has a heart inside him. The ending scene with him just killed me. I heart Ryland! Always and forever a Ryland fan!!

As for the story, I feel like it revolved a lot around Ilyan and Joclyn. Romance was a big part in this installment, which I’m totally okay with because Rebecca Ethington did it flawlessly. See, in the first two books of the series I was completely team Ryland and yet now I adore llyan for Joclyn. Ilyan and Jocelyn’s development is written really well. As for the battles… they are definitely epic and I know there is a lot more to come in the final book.

Overall another great book from Rebecca. I love Joclyn & Co and cannot wait to see what they will all go through in the last book.