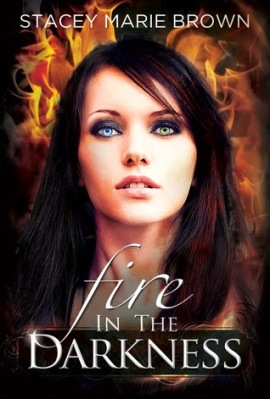 It’s been four weeks since Ember Brycin witnessed what her powers are capable of. The Electrical Current Storm has turned Seattle, Washington into a natural disaster zone. The death toll is in the thousands with countless others homeless and hungry.

And Ember is the one who caused it. Something she will have to live with every day.

Those people who were unable to escape either turned quickly into gangs or live in shelters. Ember, on the other hand, can’t do either. With a price on her head and a Dark Dweller on her ass, she is constantly on the move. Both Light and Dark are hunting her for their own purpose to use her as a weapon or a pawn in the war between the Unseelie King of the Dark and the Seelie Queen of the Light.

Em needs help but doesn’t know who to trust: Lars, the mystery man Torin told her to find? Torin, the Seelie Queen’s personal knight, who has sworn to keep Em safe? Or Eli, who wants to turn her over to the Unseelie King, but whom she has an undeniable, intense connection with?

No matter what she chooses she will probably lose—her life or everything and everyone she loves.

That ending… Ugh, killer! Three years?! Half of me wants to scream and the other half wants to jump Eli. This series just gets more amazing with this second installment. I absolutely can not get enough and wish the third book was already out! Fire In The Darkness reveals so many secrets, harbors so much angst and explosive moments, and of course is so deliciously sexy.

If it wasn’t possible… I just loved Eli even more in this one. Torin is still a sweetheart, yeah, and loves Em but he just doesn’t do it for me like Eli does. And, gosh dang on toast was Eli sexy as hell in this book! He’s constantly fierce, and protective, and seductive, and strong, and just unf! No matter if he was fighting with Ember or not, I just love every scene he’s in. Especially some peanut butter and some forest time ;).

Ember, yet another character and protagonist I just adore. I love how determined and focus she constantly stays and yet at the same time still feels remorse for the things she has done. I love that she can pack one heck of a punch and not let anyone step all over her.

There were so many pleasant surprises in this book and I was so gosh darn happy with them all, yet at the same time the ending kind of shocked me. It makes me nervous for book three, but I wish it was March because I need it now!!! Overall, I think this book was even better than the first! I absolutely love this series!