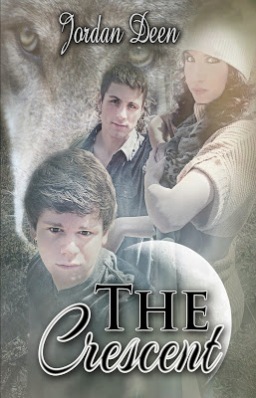 Becoming a werewolf is not an option for seventeen-year-old Lacey Quinn, but death can be a strong motivator.

Lacey is so focused on her future that everyday life has passed her by. Counting down the days to her eighteenth birthday, Lacey is almost home free. But when she falls for the mysterious Alex Morris, she lands in the middle of an ancient war between two enemy wolf packs. Tempting dreams, tantalizing lies and a dangerous love triangle ensues leaving Lacey heartbroken and confused.

Lacey’s fate rests in the hands of Alex and Brandon, but both are pulling her strings for their own agendas. Even as she slips further into the dark world of werewolves, Lacey struggles to find the truth and save the only family she’s ever known.

A cool breeze shook Mom’s rose bushes and the few hedges that surrounded one side of the patio. But when the wind stopped, the bushes didn’t. I froze staring into the darkness trying to see the threat that was waiting just to the side of my family home. I held my breath trying to decide whether or not to make a run for it. I couldn’t hesitate much longer. Rising slowly from the swing, I lingered again trying to judge the distance between the swings and the safety of the kitchen door.

Can I make it before it gets me? IT! Coming outside again tonight was a bad idea.

Jordan Deen is an Award-Winning Young Adult and New Adult Author from East St. Louis, Illinois. Her debut novel, THE CRESCENT was a 2010 Reader’s Favorite Award Winner. Her second novel, HALF MOON released in 2011. BREAKING LAUREN is her third novel and was a finalist in the Texas Literary Awards. The sequel, LOSING LAUREN will be released on 12/5/2013.

She can usually be found curled up in her favorite chair with a book or her laptop. She is the proud mother of one crazy little boy and an even crazier teacup Yorkie.

Jordan is Indie published, as well as traditionally published with Black Rose Writing.
‘Life is about the journey…’