Reforming the Cowboy, by Marisa Cleveland

Country singer Billy Hardy needs to get back on the charts. His manager assures him headlining the opening of a cafe in South Beach is his best chance at getting back to the big time. If he fails, his career is over for good this time.

Lacey Durrant can’t believe opening night includes the country singer she crushed on through college. And her customers agree he’s dreamy. But his playboy reputation threatens her cafe’s image and she can’t afford that. She insists Billy stay with her so she can keep an eye on him, and thwart overenthusiastic fans.

Billy’s charms and Lacey’s sexy curves prove more than either can resist, but she refuses to be just another lyric in his well-known songs of heartbreak.

Stranded in paradise with no way to get home, Leah Smith needs a miracle, and fast. Instead, she gets Marshall Jackson, surely the sexiest man alive. Too bad he’s got an emotional wall around himself–and her only hope of getting off the island …

Marshall has a strict no damsels in distress policy, but there’s something about Leah that makes him want to break his own rules. He agrees to let her work in his bar until she earns enough to get home. But the more time they spend together, the harder it is to deny the scorching attraction between them. Soon hot island nights provide balm to their wounded souls, but will these two flawed exiles make peace with the past in time to claim the future they deserve together–or will paradise be lost?

Mason Christian has twelve weeks to flip something old into something new for his Japanese client, and then he’s getting the hell out of Footsteps Bay. Not even his temporary cook and secretary–the feisty, luscious Billie McLeod–will deter him. But there’s no denying she makes him feel alive. More alive than he’s felt in three years…

Billie has one dream: save enough money to attend culinary college. Thats why she’s agreed to work for hard ass, all-business-no-pleasure Mason Christian–a man who has every intention of destroying through modernization the town’s most cherished historical home. But before she can say see ya, she realizes she’s signed the dotted line and is contractually bound to be number Forty-Two for eighty-four days. But working with male perfection every day is awesome with a capital A–as long as they can stick to a hands-off policy that gets harder every day… 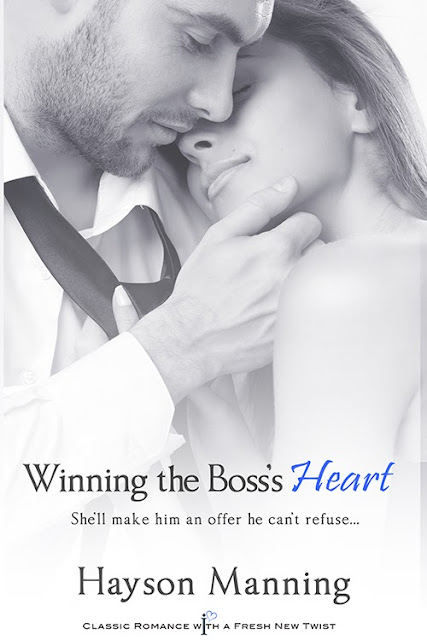 Felicity Williams can’t remember the last five years thanks to an accident that wiped out her memory. She fled her old life in hopes of starting fresh and found refuge working on a cruise ship. But her past is coming for her…

Rick McCarthy awakens after a climbing accident to discover that his business partner and fiancée has quit her job and disappeared. He’s trying to accept that she’s run out on him, but now he needs her signature to close a deal that could literally be life or death. He’ll go to any extreme to get what he needs…even if that means becoming someone else to win her back.

But a little lie becomes a large mess when they’re stranded on a deserted island together, and old misunderstandings might ruin their chance at new love…