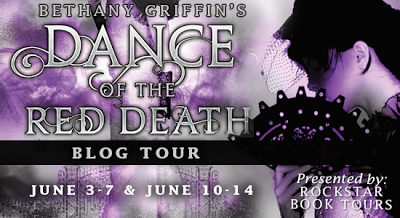 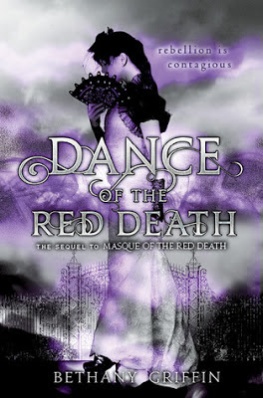 Dance Of The Red Death by: Bethany Griffin

In Dance of the Red Death, Araby’s world is in shambles—betrayal, death, disease, and evil forces surround her. She has no one to trust. But she finds herself and discovers that she will fight for the people she loves, and for her city.

Her revenge will take place at the menacing masked ball, though it could destroy her and everyone she loves…or it could turn her into a hero.

With a nod to Edgar Allan Poe, Bethany Griffin concludes her tragic and mysterious Red Death series with a heroine that young adult readers will never forget. 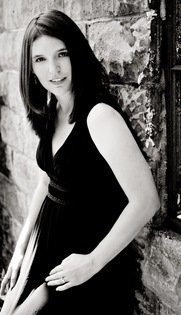 Bethany Griffin is a high school English teacher who prides herself on attracting creative misfits to elective classes like Young Adult Literature, Creative Writing, and Speculative Literature. She is the author of Handcuffs & MASQUE OF THE RED DEATH (April 2012). She lives with her family in Kentucky.

Interview with Elliot and Will…
–   1)  Elliot and Will: Each describe yourself in five words or less.
Elliott- intense, driven, bold, benevolent
Will-  protective, caring, guilt-ridden
– 2) Elliot and Will: Favorite color?
Elliott – red
Will –  blue
3) Will: Can you tell us about your tattoos. Mmm so sexy.
My mother was an artist. The tattoos were based on designs she created. They were done after she died of the plague. The tattoos were a tribute to her and her memory. They start at the back of my hands and go up my arms in a sort of swirling pattern, and match the tattoos on my neck.
4) Elliot and Will: What are you favorite memories that each of you have of Araby?
Will – when she crossed the city to bring me the mask for Henry. It was a courageous act, and showed that she cared about others. And when we went up in the hot air balloon. That was one of the best moments of my life. Despite what happened after.
Elliott – When she agreed to help me with my revolution. I wanted her to steal the plans for the masks from her father, and she did. And when she realized I was alive after climbing out of the catacombs. She was wounded and exhausted, but she was so happy to see me. It made me realize that she might have actual feelings for me.
–    5) Elliot and Will: Going to a masked ball… describe the perfect mask that would attract you.
Elliott – A simple elegant black masque that hides the eyes, but doesn’t obscure too much of the face, particularly the mouth since we see those so rarely…
Will – Only the rich attend parties with masks. I don’t hate them, or scorn them, but they simply aren’t part of my life.
–
– 6) Elliot: You basically created Debauchery Club. Why? What were you hoping for? Or was it simply oblivion?
–
–          The club existed before the plague, but was a quiet club for gentlemen to play cards. My uncle turned it into a place for rich young people to convene, and it gave everyone somewhere to go beyond huddling in their own homes. I think the Debauchery Club serves an important purpose in a world where we are far too isolated.
7) Elliot and Will: If the world wasn’t plagued by such death, what would each of you hope to be or accomplish?
Elliott– my father was mayor of the city.  I would hope to also rise in political power, perhaps not just in the city but the surrounding areas.
Will – I’d like to do something that would allow me to care for people, not necessarily as a constant caregiver, as I’ve been to my younger siblings, but to help people in some meaningful way.
SS: Thanks for stopping by. *Blows kisses to you both* 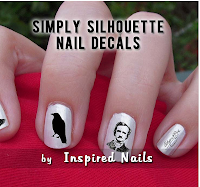 – Hardcover of Dance of the Red Death, bracelet, and a bookmark!
a Rafflecopter giveaway