Today we’re here to celebrate the completion of the Possession series by Elana Johnson! ABANDON came out on June 4, and I hope you’ve been participating in the series scavenger hunt! Today I’m bringing you one of the stops!

Once you know what city in the Association we’re visiting today, GO HERE to fill out the form to enter to win today’s prize (a series swag package), as well as an overall scavenger hunt prize: signed paperbacks of the entire series, as well as digital copies of the two short stories (REGRET and RESIST) that round out the Possession series + a $50 Amazon gift card. 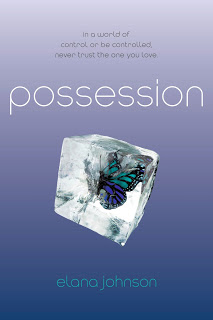 “Emotion pumps through every scene of this thriller. Given all the urgency and action, the novel’s ending may surprise readers as the heroic adventure turns into a tragic love story.” –School Library Journal 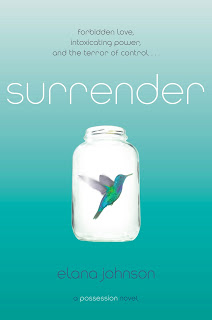 “The end is satisfying in a full-circle way and is set up for a third novel in this world. Some recent dystopian novels with a similar them are the Matched series by Ally Condie and the Delirium series by Lauren Oliver.” –VOYA “A thrilling, fan-pleasing sequel.” –The Deseret News

Available now! The fight for independent thought becomes a matter of life or death in this sizzling and intense conclusion to the Possession trilogy.

Your clue for the scavenger hunt today: This city sends plants and other foliage out to other cities.

And go Read-A-Holicz to get another clue and discover which city in the Association we’re visiting! Then be sure to ENTER TO WIN the grand prize signed paperback giveaway + Amazon gift card. To enter the daily swag package giveaway, fill out the Rafflecopter below a Rafflecopter giveaway If you get lost, you can always go to Elana’s blog to find your place. Happy hunting!

One thought on “Series Spotlight: Possession!”