The Rules
By Stacey Kade

2. Remember they are always searching.

Five simple rules. Ariane Tucker has followed them since the night she escaped from the genetics lab where she was created, the result of combining human and extraterrestrial DNA. Ariane’s survival—and that of her adoptive father—depends on her ability to blend in among the full-blooded humans in a small Wisconsin town, to hide in plain sight at her high school from those who seek to recover their lost (and expensive) “project.”

But when a cruel prank at school goes awry, it puts her in the path of Zane Bradshaw, the police chief’s son and someone who sees too much. Someone who really sees her. After years of trying to be invisible, Ariane finds the attention frightening—and utterly intoxicating. Suddenly, nothing is simple anymore, especially not the rules… 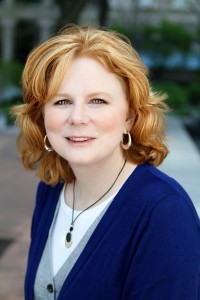 As an award-winning corporate copywriter, Stacey Kade has written about everything from backhoe
loaders to breast pumps. But she prefers to make things up instead.

She lives in the Chicago suburbs with her husband, Greg, and three retired racing greyhounds, Joezooka (Joe), Tall Walker (Walker) and SheWearsThePants (Pansy). When she’s not reading or writing, you’ll likely find her parked in front of the television with her Roswell DVDs, staring rapturously at Jason Behr.

The Ghost and the Goth is her first YA novel. You can find her (far too often) on Facebook and Twitter as well as http://www.staceykade.com.

GIVEAWAY DETAILS
This entire week follow blogs…
Good Choice Reading
Books With Bite
ReadingTeen
Shortie Says… ( You’re here! )
A Book Lovers Review
For some awesome character highlights!
Then return the next week for a chance to play Guess Who?
Where we each share a character clue and you have to comment who you think the character is. So take notes this week and next week play with us!
The person who guesses correctly ON EACH blog wins a signed copy of THE RULES by Stacey Kade!
Don’t miss out on all the fun!!!