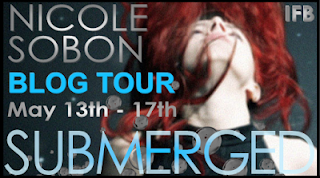 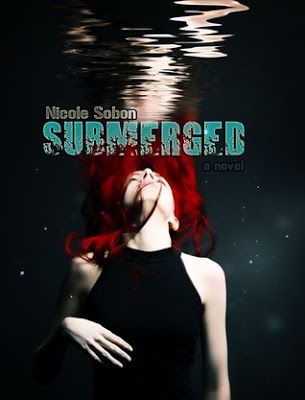 Synopsis: After a mysterious virus makes its way into the United States, the government demands that states seal themselves off from one another and do their best to protect their surviving residents. When the state of Florida is bordered off from the surrounding states, Taylen Fincher, a seventeen-year-old girl with a yearning for her former life finds herself wondering how much of what they’ve been told is true.

When Troum took control of the state, he told the residents that the other states had fallen to the virus and that he wouldn’t allow the same thing to happen to them. But Taylen doesn’t believe it. She insists that there is still life outside of the state, and she is going to do whatever it takes to prove it… but her actions will cost her more than she ever expected.

Troum kidnaps Taylen’s sister, Penelope, in hopes of coaxing her into behaving – into being a submissive resident, much like the others. But Taylen isn’t one to give in that easily.

Eager to rescue her sister, Taylen will set out on an adventure that’ll force her to open her heart to the unexpected and to uncover secrets that will change everything.

– Excerpt –
Mrs. Huston laughed, placing the clipboard beside me on the exam table. “One day will not change what you’ve done, Ms. Fincher. Troum sees you as a problem, and he’d rather address it now, before your birthday. He wants to ensure you will not rub off on the others.”
“And how exactly does he plan to do that?”
“He has advised me to place you in a medically induced coma. He feels as though it’d be best for everyone if you weren’t around for a while.” Mrs. Huston walked over towards the metal cart, which sat beside the exam table. “Of course, there is no guarantee that you’ll awake. But that’s the chance he’s willing to take.”
“Is that even legal?” I screamed. Lex pulled his rifle from over his shoulder, readying it in case he needed to shoot. “You can’t place someone in a medically induced coma for acting out!”
“That’s where you’re wrong, Taylen. In our world, we do as Troum says because Troum is our government now. He is whom we answer to. He is who will protect us when the water rises.”
“Well, Mrs. Huston, I’m afraid that doesn’t work for me.” I leapt off the table just as Mrs. Huston grabbed two needles from the metal cart. I ran over towards Lex, who shoved me behind him. “What the hell are we supposed to do now?”
“If you kill me, they’ll come looking for you.” Mrs. Huston smirked. “Either way, you’re dead, Taylen. May I suggest you save yourself, Lex? She isn’t worth it. She’s a vile human being. Would you really want to die because of her?”
“See, that’s where you’re wrong, Penny. She is worth dying for.” Lex lifted his rifle and pointed it directly at the woman. “I haven’t given up on her like the rest of you.”
He pulled back on the lever just as she lunged forward. I watched as the bullet blasted through her chest. Mrs. Huston fell to her knees, blood pouring out over her royal blue shirt. The needles fell onto the tile below, the metal clanging as it hit the floor.