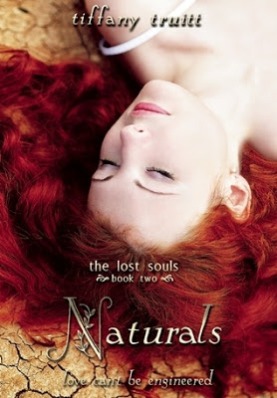 Synopsis: Ripped away from those she loves most, Tess is heartbroken as her small band of travelers reaches the Isolationist camp in the mysterious and barren Middlelands. Desperate to be reunited with James, the forbidden chosen one who stole her heart, she wants nothing to do with the rough Isolationists, who are without allegiance in the war between the Westerners and Easterners. But having their protection, especially for someone as powerful as Tess, may come at a cost.

When James returns, Tess’s world once again feels complete—until she discovers her sister, Louisa, has taken up her old post at Templeton, the dangerous chosen ones training center and the site of Tess’s loss of innocence. Tess will do anything to protect her loved ones—but will the price be more than she can give?

This second book in Tiffany Truitt’s dystopian series is a thought-provoking, thrilling story that asks who the true enemy really is—the chosen ones who are different, or the naturals…who are just like us.

Tiffany Truitt was born in Peoria, Illinois. A self-proclaimed Navy brat, Tiffany spent most of her childhood
living in Virginia, but don’t call her a Southerner. She also spent a few years living in Cuba. Since her time on the island of one McDonalds and Banana Rats (don’t ask), she has been obsessed with traveling. Tiffany recently added China to her list of travels (hello inspiration for a new book).
Besides traveling, Tiffany has always been an avid reader. Tiffany spent most of her high school and college career as a literary snob. She refused to read anything considered “low brow” or outside the “classics.”

The synopsis definitely gives you a taste of all the high points, but Naturals was so much more than I expected. It was fast-paced, dangerous, with rebel activity constantly going on around you. Absolutely enjoyed the second installment in the series from the opening all the way to the bittersweet ending.

Tess is definitely something. We learn in Chosen Ones that she can definitely be defiant. In Naturals, she’s no different. If anything, she fights more against everyone around her and when Tess wants something, you better believe she’ll do whatever it takes to get it. She’s brave and strong, and constantly no matter how dangerous always fighting for the people she loves.

Two other new characters I must mention that I absolutely loved were McNair and Lockwood. McNair I had to grow to love… but I did. With Lockwood, he was a character I insta-loved. He’s one of those friends who is wholesome and honest and some one who always has your back. I loved his character and hope to see a lot more of him in the future.

With romance, it’s always an A+ in my book when an author can make me fall and have hopes for more than one boy. In Chosen Ones I was one hundred percent team James. In Naturals, I still ended up being Team James but, Henry is so much more in this book. I absolutely love his constant willingness to protect Tess. How despite everything, he really does love and care for her. I honestly kept wanting them to just jump each other throughout the first half of the book… I just kept waiting for the moment to happen. And though, I won’t spoil anything, when James comes in to the picture I was ridiculously happy. James is good from the inside out. I absolutely love everything about that boy. So did I love Henry even more in Naturals, heck yeah and I would like a happily ever after of some sort for him… but overall, I’m a James girl.

The ending of this book is yet another heart-breaking killer and some what of a cliff hanger. But, hey if authors didn’t do that do us on occasion we wouldn’t feel the emotions we did and we most likely wouldn’t love the book as much as we did and hope for more. And, believe me I am hoping for a happily ever after. I wanted to scream at the end of Naturals, but overall I thought it was even better than the first! Definitely worth a read!

Find the review and rating here!