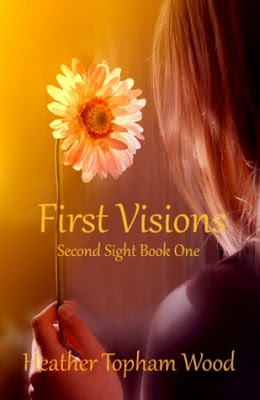 Two years ago, 21-year-old Kate Edwards became deathly ill and slipped into a coma. While unconscious, she crept into the mind of a missing boy and awoke with the knowledge of his location. Friends and family were skeptical and wary of her new ability to see into the minds of others. Their fears prompted Kate to keep her psychic powers a secret. Feeling alienated, she dropped out of college and spent most of her days holed up at her mother’s home.

Now another child has been abducted. Police detective Jared Corbett seeks out Kate for her help in solving the case. Reluctantly, Kate agrees and they must work together to bring 8-year-old Cori Preston home to her family. Although attracted to one another, Jared has a girlfriend with ties to the abduction case and Kate is sarcastic and guarded since her coma. With visions she can’t control and an uncontrollable attraction to the detective, she wonders if she can leave the past behind and finally stop hiding from the world. Otherwise, Cori may be lost forever. 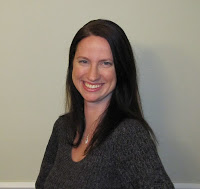 Heather Topham Wood’s obsession with novels began in childhood while growing up in a shore town in New Jersey. Writing since her teens, she recently returned to penning novels after a successful career as a freelance writer. In 2012, she published the first two novels in her Second Sight series: First Visions and New Revelations.

Heather graduated from the College of New Jersey in 2005 and holds a bachelor’s degree in English. Her freelance work has appeared in publications such as USA Today, Livestrong.com, Outlook by the Bay and Step in Style magazine. She resides in Trenton, New Jersey with her husband and two sons. Besides writing, Heather is a pop culture fanatic and has an obsession with supernatural novels and TV shows.

First Visions is thrilling and exciting. It instantly caught my attention with it’s snarky main character, sexy detective and an awesome concept.

Our main character Kate was definitely the witty one. Watching her use her power for good made me love her. I also loved how Kate was close to her mom and that the author made it a good part of the story. I’m one of those people close to my family and I love reading about it. On the other side, I instantly loved Jared Corbett, and the fact that he’s 28. I love that the author made that jump of age between Jared and Kate. Plus high five to the author for making Jared do the right thing in his relationships. One of my favorite lines:

“Kate, would you really want that kind of guy? The type that cheats on his girlfriend? Leaves her when her sister is missing?”

I so commend Jared, and the author for how she had his character play out, because I absolutely loved Jared. Overall I really enjoyed this story. It was a really cool concept, with thrilling turns, and a not so average romance. Plus, little Cori is a kick-butt eight year old! If you’re thinking about picking this one up, I’d definitely say go for it!
Find the review and rating here!