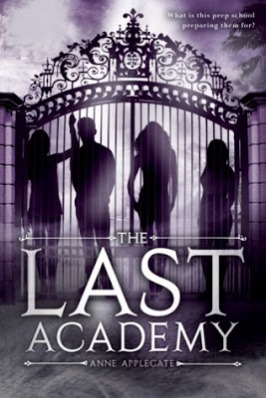 Synopsis: What is this prep school preparing them for?

Camden Fisher arrives at boarding school haunted by a falling-out with her best friend back home. But the manicured grounds of Lethe Academy are like nothing Cam has ever known. There are gorgeous, preppy boys wielding tennis rackets, and circles of girls with secrets to spare. Only . . . something is not quite right. One of Cam’s new friends mysteriously disappears, but the teachers don’t seem too concerned. Cam wakes up to strangers in her room, who then melt into the night. She is suddenly plagued by odd memories, and senses there might be something dark and terrible brewing. But what? The answer will leave Cam—and readers—stunned and breathless, in this thrilling debut novel. 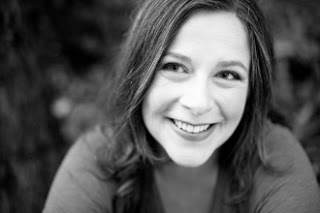 Anne Applegate was born in Chico, California. Most of her childhood was spent moving across America with her family, nomad style.

When Anne was fourteen, her parents sent her to boarding school so she could spend four years in a single educational system. As it turned out, her family then promptly settled into a small mid-western town and lived there for the next sixteen years. Anne still hasn’t figured out if this means something.

After graduation, she went on to Tufts University in Medford, MA, where she had a wicked good time. Eventually, she wound up back on the west coast, where she married a fantastic Californian guy. Together, they have three children.

For the last twelve years, Anne has lived in San Luis Obispo County. This is by far the longest time she has stayed in any one place her whole life. She immensely enjoys living where 1) the sun always shines and 2) she isn’t the weirdest person in town.

– Excerpt –
Mark Elliot was walking across the lawn toward Hadley House, his sports gear slung over his shoulder. He saw me and smiled. He was like the Cheshire Cat in the twilight with that mouth full of white, even teeth. I tripped. I guess the good news is, I didn’t eat it right there in front of the cutest  guy in the school  I just took a huge, swooping, pinwheeling-arm stumble before I caught myself. The not-so-great news was that I heard him laugh.
“You a tennis fan?” he asked, as he got closer. I didn’t know what to say to that. Did I like tennis  Yeah, right. I liked tennis shorts. I liked Mark Elliot in tennis shorts.
“I’m friends with Brynn.” I kind of said it to see what he thought about Brynn, like if he got all goofy in his face when I mentioned her. It was hard to think with the guy getting so close.
Less than three feet now.
He slowed down. A foot and a half. Then he was right there. He smelled good. Salty. I know that probably sounds gross, but the way the guy smelled was like heaven. And he was so close. I didn’t feel like my right self. I had an insane urge to lean over and… I dunno. Lick the sweat off Mark Elliot’s neck, right by his collarbone. It was shocking to think that. Shocking and super-uber fantastically unbelievably gross. It wasn’t even a kiss, was the thing. It was madness to think of something like that. Insane licking madness.
I bit down on my tongue. I’d heard the juniors who took biology had to dissect thing. If you chose a frog, you had to pith the frog first. That meant you jammed a stick in its head and swirled its brain until it stopped twitching. I felt like I was getting pith by Mark Elliot.
He was right there. Just smiling and smelling good and waiting for me to say something. Hysteria bubbled. I had a crazy idea that I might run away screaming. That’s the cool way to impress guys, I hear. Instead, I thought about what my friends would do.
Nora would be totally calm and self-assured. Brynn would say something flirty, maybe reach over and touch him. And Jessie… Well, I’d do the opposite of what I thought Jessie would do.
I took a deep breath. I moved closer. I flashed a smile. Mark Elliot smiled a little wider and said, “Hey, you want to…”
Then I said the first coherent thought that came into my brain. “I’ve got to go.”