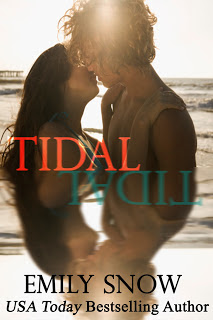 Synopsis: Now that Willow Avery is out of rehab, she’s got one chance left to prove herself before she’s officially on every producer’s shit list. At least, that’s what her parents and agent are claiming. She doesn’t really give a damn if she never makes another movie or not—she just wants to get on with her life, get back to her friends, and find her next escape. But Willow is broke. And whether she likes it or not, acting is the only job she knows how to do.

When she accepts the lead in a beach drama, Willow finds herself in Hawaii. And in Hawaii, she finds Cooper, the gorgeous surfer hired to train her for her new role. With the bluest eyes she’s ever seen and the sexiest Australian accent she’s ever heard, Cooper’s different from the men she’s used to. He doesn’t want to use her. And he refuses to let her fail. But when an old friend re-enters Willow’s life—a friend whose toxicity she’s been drawn to time and time before and whose presence brings about the painful memories she’s tried so hard to suppress—Willow will have to choose between the girl she was and the person she’s becoming. The lifestyle that helps her forget the pain and the man she’s falling hard for.

Willow starts off as the impression of almost a “Lindsay Lohan” actress… except not as extreme. She uses this new beach lead as her way of getting on track and watching her fight through all her demons and connect with Cooper in more ways than she thought possible just constantly sucked me into the story. I have a thing for hurt characters, characters that need restitching. I cannot help but immerse myself in their stories. Our love interest, Cooper even has a background and his own demons to overcome as well and watching these two weave their lives together was everything I could have hoped for. Plus I mean come on… Cooper is hot. I mean 22 year old, blonde haired, Australian surfer…. yep, sex.

This book I promise you has a little bit of everything… hot romance, complex characters, secrets, laughs, fantastic friends, an amazing setting, and everything in between. Plus the ending had my heart so filled with emotion I thought it might burst. I personally thought it was the perfect ending. Tidal is one of those books that will take you full circle from dark, to snarky, to laughing, to hurting, and eventually smiling. I loved every emotional moment from beginning to end! Definitely worth a buy!