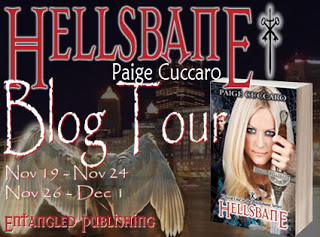 Synopsis: Twenty-three-year-old Emma Jane Hellsbane just found out she’s not human—or, at least, not only human. She’s half angel, too, and now Heaven’s got a job for her: round up all the Fallen angels and their red-skinned, horned devil-demon minions and boot their butts back into the abyss. Only problem? The demons and their Fallen masters fight back and they don’t fight fair.

Luckily for Emma, she can put a stop to the constant threat of having her head hacked off if she figures out which Fallen angel is her father—and then kill him before he kills her. Of course, in the meantime, she’ll have to avoid accidentally seducing her angelic mentor, help an old friend conquer his own Fallen sperm donor, and basically save the world from a cataclysmic divine smack down.

No one said being Heaven’s bounty hunter would be easy. But with a name like Hellsbane, Emma Jane was born for the job.

ALSO! The prequel Commencement is free right now! So make sure you run over and grab that!

Synopsis: Hell hath no fury like a woman’s scorn for frat guys…

Emma Jane Hellsbane knows something evil is worming its way through her college campus—she can feel it. Literally. Her freakish ability to feel other people’s emotions as though they were her own has always been monumentally awkward, and it’s easier for her to just pretend it doesn’t exist. But this time her paranormal ability just might help her save lives.

Emma Jane’s fairly certain that whatever the hateful, egomaniacal, Godlike thing is, it’s set up shop inside her boyfriend, the frat boy/soccer star Justin. And if she doesn’t figure a way to get it out of him soon, Justin’s soul will be the appetizer to the main course—the whole student body. Problem is, the big baddy is granting sinister wishes, and with each one the risks grow higher and the phrase Be careful what you wish for becomes a real-life dire warning. Of course for Emma, what feels like it could be the end is in fact just the beginning… 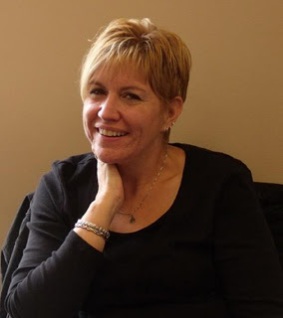 Writing was never a foregone conclusion for me. I once had dreams of being a psychologist, a pediatrician, a school teacher, a photojournalist, a bartender, and/or an EMT. And then I met my husband and my world came into focus. Being wife and mother are my highest priorities and greatest joy. But escaping to the fanciful, sexy worlds twirling through my mind is an absolute necessity. Putting those worlds, and the cornucopia of characters that people them, on paper is just plain fun.

Paige lives in Ohio, with her husband, three daughters, three dogs, three cats, a parakeet and a bearded dragon named Rexy, in an ever shrinking house. When she’s not writing she can be found doing the mom thing with a book in one hand and a notepad and pen in the other. Ideas come without warning and the best way to stimulate your imagination is to enjoy the imagination of someone else.

Lips or Eyes?
Eyes! It’s so true that they’re the windows to the soul.

Silence or Noise?
Noise. Too much silence and my brain starts making up sounds on its own. It can get kinda scary…and weird.

Which book to movie adaptation are you more excited for? City of Bones or Beautiful Creatures?
Beautiful Creatures. I saw the trailer for this and wanted to see it before I even realized what it was based on. It looks AWESOME!!

Contemporary or Paranormal?
Paranormal! I NEED the paranormal just to keep me sane. Is that weird?

Being Invisible or being able to fly?
Wow…that’s hard. Flying would be way cool, but I guess if I had to pick, I’d go Invisible—just because I’m extremely paranoid and it’d be fun to hear what people are saying when they think no one else is listening. Although, flying while invisible would be AWESOME…and maybe a little dangerous.

SS: isn’t it a hard choice?! I’d pick invisible too though.

SS: Sexy and sweet guys tend to be my favorite too. I don’t always like the brooding bad boys, but I do like the broken boys.

Coffee or Tea?
COFFEE!!!! I may have a slight caffeine dependency.

Ebook or Hard Copy?
Hard Copy, though I LOVE my eReader, so I normally do both.

Anything extra you’d like to tell us? 🙂
I hope everyone will give my new urban fantasy series a try! The prequel novella, COMMENCEMENT is free for download at Books on Board and Kobo. It should be going free on Amazon soon too! It’s a fun, kinda creepy, read and sets the tone for the whole HELLSBANE series. So give it a try…I mean, it’s FREE! Seriously, what’ya got to lose?

Thanks so much for having me, Jena!! This was fun! LOL

– Giveaways –
Entangled publishing is always SO awesome. There is TWO giveaways!

1) An eBook copy of HELLSBANE from the publisher.

2) A NOOK COLOR, one of three signed paperback copies of HELLSBANE, and one of two $25 Amazon giftcards.