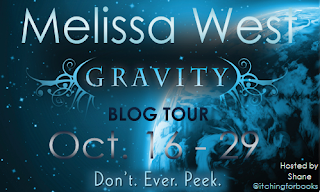 Synopsis: In the future, only one rule will matter:
Don’t. Ever. Peek.
Seventeen-year-old Ari Alexander just broke that rule and saw the last person she expected hovering above her bed — arrogant Jackson Locke, the most popular boy in her school. She expects instant execution or some kind of freak alien punishment, but instead, Jackson issues a challenge: help him, or everyone on Earth will die.

Ari knows she should report him, but everything about Jackson makes her question what she’s been taught about his kind. And against her instincts, she’s falling for him. But Ari isn’t just any girl, and Jackson wants more than her attention. She’s a military legacy who’s been trained by her father and exposed to war strategies and societal information no one can know — especially an alien spy, like Jackson. Giving Jackson the information he needs will betray her father and her country, but keeping silent will start a war. 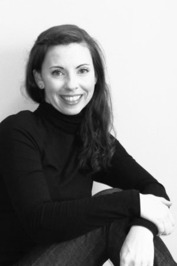 Melissa lives in a tiny suburb of Atlanta, GA with her husband and daughter. She pretends to like yoga, actually likes shoes, and could not live without coffee. Her writing heroes include greats like Jane Austen and Madeleine L’Engle.

She holds a B.A. in Communication Studies and an M.S. in Graphic Communication, both from Clemson University. Yeah, her blood runs orange.

A legacy, an alien, and a country on the brink of war. Filled with romance, secrets, and and thrills that will keep you constantly on your toes, Gravity is one powerful punch after another.

So as we all know, I love music and have way too many songs on my playlist and not enough time to do anything lately, ha! So here are the first few songs that I heard that sounded “Gravity” like to me. Enjoy 🙂

This song just sounded like the book and the way the government is run, to me.

Bottle rockets and time bombs and warheads
We could go back, or keep on, or be led
Follow me to the chapel, we’re the kings of the castle
It’s a science, but there’s room to believe
In the riots, I find you and I breathe
This isn’t for the weak hearts,
But everyone’s here at some part

Suddenly my eyes are open,
Everything comes into focus, oh.

7) Evanescence – Where Will You Go

Another where I just like the sound of this song for the book.

8) Crossfade – No Giving Up

A warning to the people,
The good and the evil,
This is war.

To the soldier, the civilian,
The martyr, the victim,
This is war.