Summer Lovin’ Blog Tour
Featuring:
While He Was Away by: Karen Schreck
The Summer Of No Regrets by: Katherine Grace Bond
Both Release May 1st
___________
– The Books – 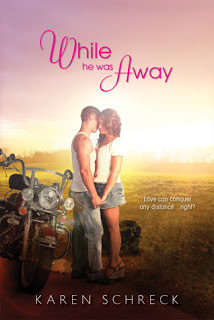 Synopsis: “This is just something I have to do, okay?” I hear David say. “The right thing.”

He cradles my face in his hands. He kisses me hard. Then he lets go of me. His eyes dart from me to whatever’s next.

All she wants is for him to stay. She’s been doing pretty well, pretending he doesn’t have to go. But one day, after one last night to remember, she wakes up and there’s no denying it anymore. He’s gone.

When Penna Weaver’s boyfriend goes off to Iraq, she’s left facing life without him. As summer sets in, Penna tries to distract herself with work and her art, but the not knowing is slowly driving her crazy. Especially when David stops writing.

She knows in her heart he will come home. But will he be the same boy she fell in love with?

Pre-Order A Copy!
Barnes and Noble || Amazon || The Book Depository
***

Synopsis: The day Brigitta accidentally flings herself into the lap of a guy she’s never met, her friend Natalie is convinced he’s Trent Yves, egotistical heartthrob-in-hiding. When the boy, who calls himself Luke, is nearly eaten by a cougar, Brigitta finds herself saving his life, being swept into his spectacular embrace and wondering if she wants Natalie’s fantasy to be true.

As the two spend the summer together raising orphaned cougar cubs, Brigitta still can’t be sure of his true identity. But then again, since her grandparents’ death, her father’s sudden urge to give away all their possessions and become a shaman, and her own awkward transition from girlhood into a young woman, she isn’t sure of anything. What is the truth? More importantly, can she accept it? 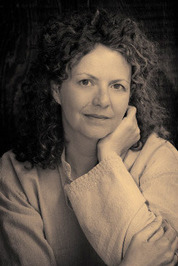 Karen Schreck is the author of the young adult novel WHILE HE WAS AWAY (Sourcebooks Fire, May 2012), as well as the novel DREAM JOURNAL, which was a 2006 Young Adult BookSense Pick, and the award-winning children’s book, LUCY’S FAMILY TREE. The recipient of a Pushcart Prize and an Illinois State Arts Council Grant, Karen received her doctorate in English and Creative Writing from the University of Illinois at Chicago. She writes and teaches for a living, and she loves visiting schools and other gatherings of readers and writers to talk about her books the writing process.

For more information or to contact Karen, please visit her blog: http://karenschreck.com/blog

Katherine Grace Bond is the author of THE SUMMER OF NO REGRETS (Sourcebooks, 2012) and of the bestselling LEGEND OF THE VALENTINE (Zondervan, 2002), a story of the civil rights movement. She often finds herself in the woods escaping from giant cats and shadowy figures in cloaks. The creator of TEENWrite acting/writing workshops, where participants come as their characters, she lives with her husband in a dimension populated by younger people, some of whom resemble her.
For more information check out her website: http://www.KatherineGraceBond.com
_____________
– Katherine’s Guest Post –
How (and Why) to Be an Outsider
I like to be indoors. Indoors has my computer and my books and my sofa and Doctor Who. Indoors is dry and temperature-controlled and free of bugs. I haven’t always been this way. When I was growing up in Seattle, I was always on my bike or roller skates or screaming through the yard being chased by a giant mouse (I had a bizarre imagination even then). Or I’d read for hours under a tree. Outdoors was an escape, too from Mom and Dad’s regular Saturday screaming match. Even if I could still hear it (along with the opera music), somehow not being trapped with walls around me felt better.
And then there was my grandparents’ place, “Cherrywood,” in Indiana, where I spent my days among the oaks or on the screened-in porch. I loved it there—the warm, spicy air filled with birdsong. It was my haven.
But, I’m an adult now with task lists and deadlines and Important Things To Do—indoors, of course.
So when I wrote THE SUMMER OF NO REGRETS, whose main character, Brigitta, practically lives outdoors, I was stuck. I stared at the screen, trying to imagine what trees were like
It was kind of stupid
Finally, I had no choice but to take the computer into the woods and find a stump to sit on. It was often wet, and I had to commune with the insect world, but I wrote some of my best scenes out there. And the earth began to teach me things:
11)  Nature surprises. That “ptchioo” sound I kept hearing was not a bird; it was a squirrel called a chickaree. One morning, I lay on a nurse log watched as two of them conversed from different trees. Their bodies would go rigid with each call. After a while, a third squirrel appeared and then a fourth. They called back and forth in rhythm, perfectly timed, as if they had sheet music. Pretty cool.
22) Nature heals. After learning that someone dear to me had attempted suicide, I couldn’t sleep. Sometime after midnight I took a sleeping bag and went outside, where I lay under the stars. When you are sorrowing, look at the sky! You feel your smallness in the midst of something vast and unfathomable. We are accustomed to thinking we can know everything, given enough study. The sky gives me hope that we can’t—that there will always be things we don’t know and will never understand. I want to live in a universe like that.
33)  Nature reconnects us. Because we are made of star stuff and nourished by the atmosphere of this planet, we suffer from the layers that separate us from the earth—roof, walls, foundation, floorboards, carpet, shoes, socks. To step barefoot out the door and into the dirt is to find ourselves once more. Try it!
And when you read THE SUMMER OF NO REGRETS, do so, if you can, under the sky.
_____________
– Karen’s Guest Post –
“Love Can Conquer Any Distance . . . Right?”
If you look closely at the cover of While He Was Away, you’ll see that the title of this post also serves as the caption for my novel.
A caption that reminds me of another famous quote:
Absence makes the heart grow fonder.
And this one, which I always thought came from that wild novel from the 1970s, Jonathan Livingston Seagull, but which, it turns out, is actually an ancient Chinese proverb:
If you love something, set it free.  If it comes back to you, it’s yours.  If it doesn’t, it never was.
The only things that separate my book caption from the above quotes is that little . . . and the “Right?”
And that little . . . and the “Right?” make all the difference in the world.  At least to me.
That little . . .  and the “Right?” keep me from grinding my teeth down to the nubbins.
Because the qualification, the doubt that is laced through the caption of While He Was Away brings up the conflict, the fear, the potential for loss, that most often goes hand-in-hand with . . . not being hand-in-hand with the one you love.  Someone, for whatever reason, has to be at a distance, and it sucks, big-time.  Maybe your boyfriend or girlfriend didn’t go off to war, as Penna Weaver’s boyfriend, David O’Dell, does in While He Was Away.  Maybe your boyfriend or girlfriend just went on a long summer vacation, or to college.  But separation of any kind can be a huge challenge. (Don’t you know it?)  And it’s not just the quality or beauty or depth of your love that determines how it all plays out.  Distance, and the places where we find ourselves when we’re apart, play a huge factor on how things work out.  Or don’t.
In  While He Was Away, Penna Weaver throws herself into her work and her friendships, into solving a family mystery, into being a citizen of the world in order to deal with her separation from David.
If you’ve ever been in a long distance relationship, how have you dealt with it?
______________
– My Reviews –
While He Was Away:

Inspiring, hopeful, and eye-opening. I actually enjoyed this book way more than I expected to. I didn’t think reading about an army couple would be my type of thing, but I was pleasantly surprised in the best way. This story is so much more then a boy who leaves a girl for Iraq.

The Summer Of No Regrets:

When I first read the synopsis of this story, I expected some huge love story but you should always expect the unexpected. And unexpected is a good thing in The Summer Of No Regrets. Brigitta’s story is about figuring out who she is, dealing with the awkwardness of her life, and finally learning what means to truly care about something and someone.

______________
– Giveaway –
Thank you to the awesome people at Sourcebooks Fire, they will be providing one copy of either While He Was Away or The Summer Of No Regrets!
– US/Canada Only.
Good luck! 🙂